The Buzz is a monthly newsletter from Workforce Solutions - Employer Service Division and is issued to provide local labor market information that is timely and meaningful to our partners in the Gulf Coast Region. 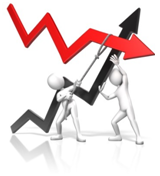 The Rig Count Effect
It was originally estimated that the North American rig count would fall by 500 rigs during 2015. Price declines in oil, however, have caused a loss of more than 1,000 rigs since its peak in 2014.

How is Houston affected?
Oil producers are experiencing reduced revenue, forcing them to lower capital investment  in new exploration and drilling. In addition to limited spending, the oil and gas industry continues to reduce expenses in employment causing thousands of job cuts.

What type of employers are affected the most?
Oil and gas full service operating companies, exploration and drilling companies, and manufacturing companies who supply machinery.

What type of jobs are affected the most?

The Population Keeps on Growing!
Take a look at the increase in population by counties in the Gulf Coast region between 2014 and 2015. 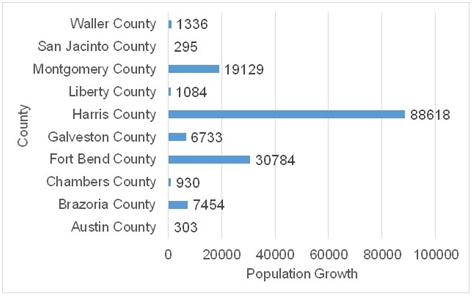 Houston Outlook
Although, the Houston's area job outlook is not as strong in some industries, major population growth in areas like Harris and Fort Bend counties indicate continuous relocation and expansion.

This growth contributes to the Houston economy as there is an increased need for new houses, school campuses, hospitals, restaurants, retail businesses and wholesale among other services, which will lead to more jobs in those areas.

The City of Houston (COH) construction permits already exceed $8.2 billion for the 12 months ending June 2015. This ongoing construction boom will not only create many jobs, it will have a positive effect all around.

Use a well written job description to draw in qualified candidates. Click Here.