Do you have an App for That? You Could Make One...

Applications Software Developers design, test, and maintain customized software to make sure its running efficiently. The span of applications they work with is wide and may involve coordination database development and working at a supervisory capacity over programmers.

As technology gets more and more sophisticated demand for applications software developers will continue to rise creating great job opportunities. Organizations and businesses rely more and more on computer technology to operate efficiently in the competitive global market, so the Gulf Coast region employs a large number of Applications Software Developers and faces an increasing challenge to fill upcoming vacancies. 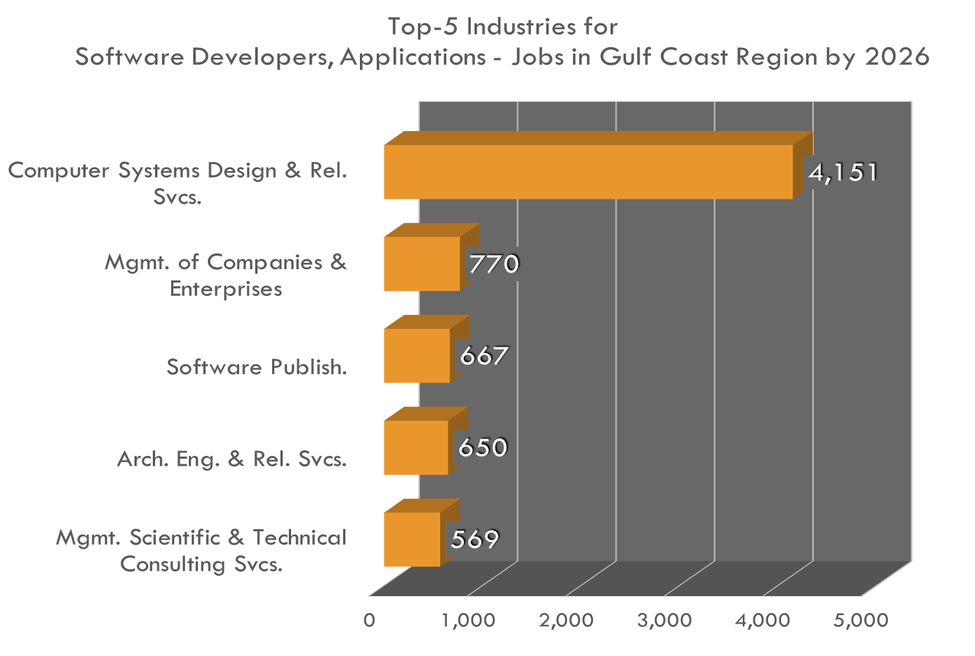 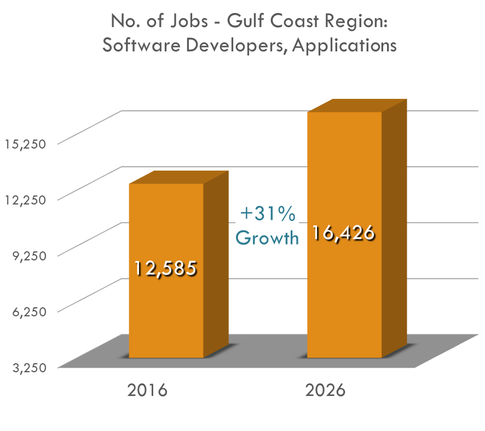 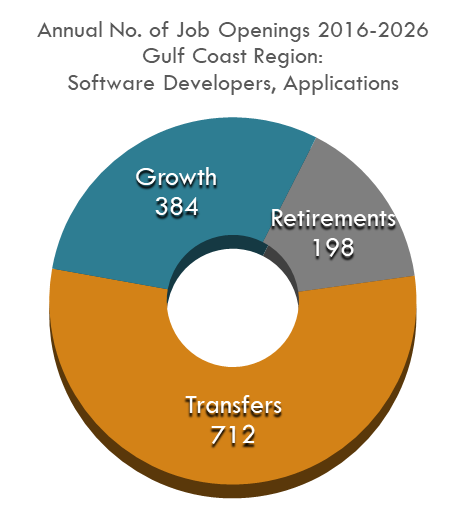 Applications Software Developers start out earning well over the region's average and continue to see their salaries rise! 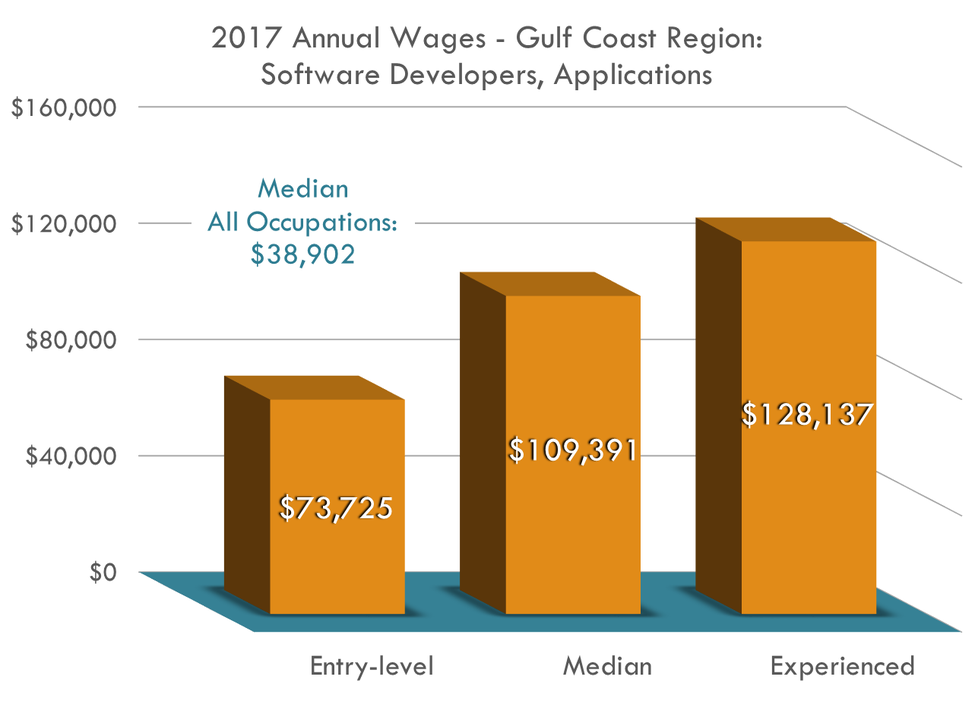 Does becoming a Application Software Developer match your interests?

These skills, interests, and knowledge areas are recommended for a career as a lawyer. The numbers below describe the relative important of each knowledge/skill area to the occupation.

Knowing both operations and basic programming of computers, hardware, software and other electronic equipment

Knowing various coding languages with the purpose to write programs

Knowing arithmetic, algebra, geometry, calculus, and their theories to apply them to real world problems

The ability to pinpoint and evaluate a current or future problem, finding its source, causation, and a potential solution

High school students can get started early by taking mathematics and science classes, being sure to keep their GPA high and stay on their endorsement track to get the best chance at competitive bachelor's programs.

Entrants generally require a bachelor's degree with emphasis in computer science, information systems, mathematics, software engineering or a related field. Earning a master's degree will make a person much more marketable and some of the more complex jobs require will require it for future advancement (for example: becoming an information technology (IT) project manager who oversees all software development).

Additional information can be found at the following: 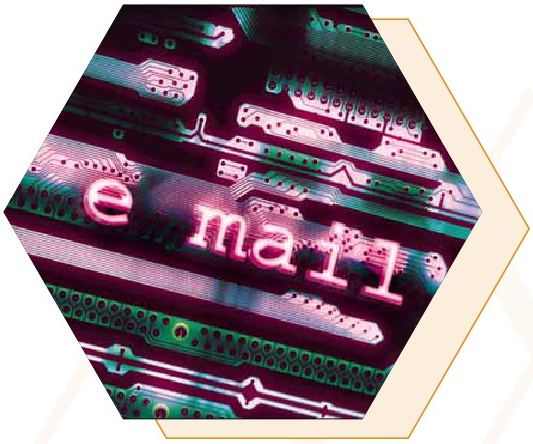 If you have questions about our Industry/Occupation Profiles or are an organization in the Gulf Coast Region, please contact webmaster@wrksolutions.com.